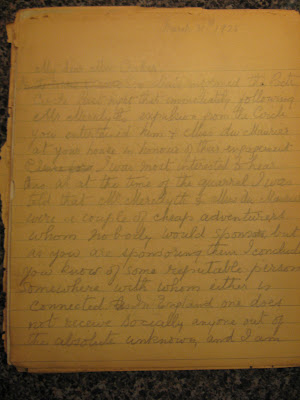 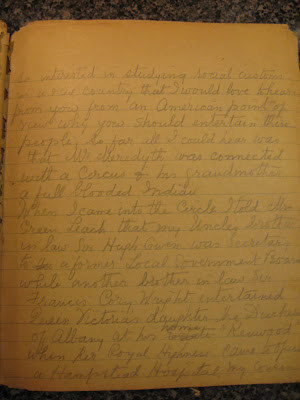 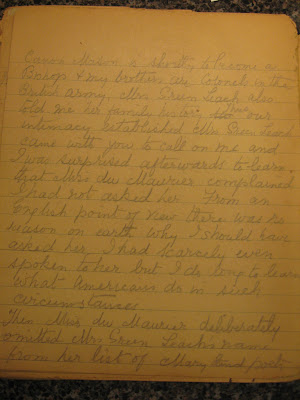 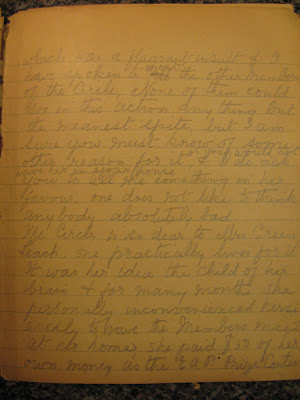 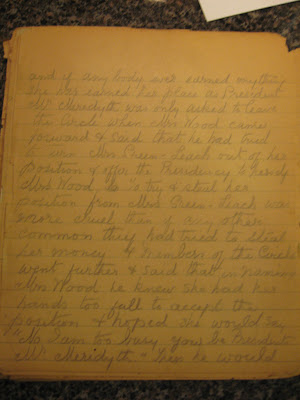 
This is one of my favorite letters in the first notebook. Once again, it continues the controversy between Mrs. Green-Leach, Mr. Meredyth, and Miss du Maurier. I love the way Lucy not-so-gingerly tries to pull information from Mrs. Croker... almost to a point of sugar-coated bribery. This letter also shows Lucy's willingness to look past her own family flaws, and point out what she finds as flaws in others, such as being related to a full-blooded Indian or being part of a Circus. Let's hope Mrs. Croker decided not to mention anything about Lucy's bad marriage and her unruly children in response to this letter. - Carrie
Posted by Carrie at 3:34 PM