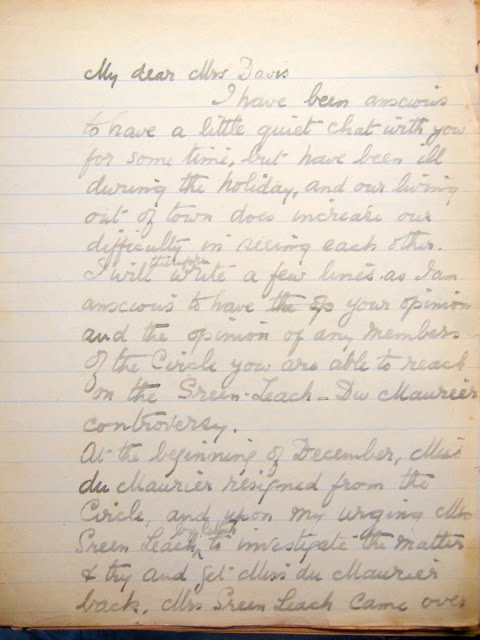 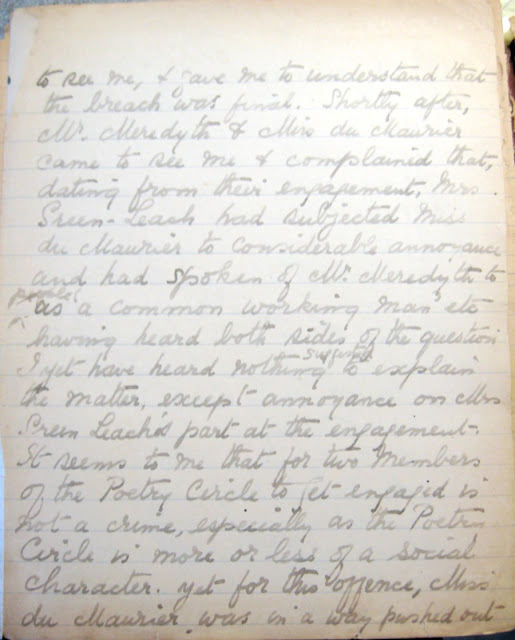 I have been anxious to have a little quiet chat with you for some time, but have been ill during the holiday, and our living out of town does increase our difficulty in seeing each other. I will therefore write a few lines as I am anxious to have your opinion and the opinion of any members of the Circle you are able to reach on the Green-Leach / du Maurier controversy.

It seems to me that for two members of the Poetry Circle to get engaged is not a crime, especially as the Poetry Circle is more or less of a social character. Yet for this offence, Miss du Maurier was in a way pushed out...

This is one of my favorite letters in the first notebook. Lucy often sees herself as upper class and socializes with those in the upper class society in the Baltimore of the 1920's and 30's. However, financially they are anything but upper class as we will discover in later letters. While Lucy is a proud woman and enjoys associating with people who are more well off than she is, I admire her tenacity and her ability to see through conflicts that seem silly today. - Carrie
Posted by Carrie at 3:04 PM